So, a few weeks ago, we decided to locked ourselves in a room with some of our blogger friends. No, we were not at rehab for social media crazies! We were checking out the opening of The Great Escape Room Tampa. With its newest location in Downtown Tampa, this place is QUITE the unique and exciting experience to say the least.

We arrived around 7:45pm to get our paperwork signed and meet all of our fellow sleuths before our 8pm start as suggested by the awesome staff. Getting to the space itself was a bit of a hunt at first, but once we found the address (behind Crumb & Cork), we made our way upstairs to get started. We signed a little waiver and split into teams for the big competition. 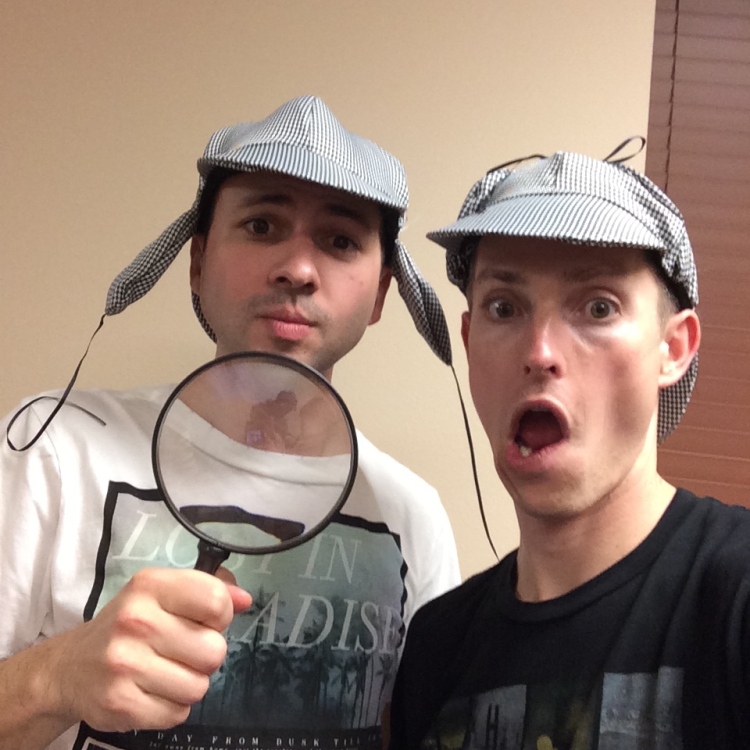 Now, as many of you know, Allison, Ryan and I are VERY competitive, so this is about the moment when the trash talking began. There are two rooms currently available to search (both are practically replicas of each other) except one can hold a few more people than the other. Our group was about 16 people, so we split down the middle and then had to decide our group names. Ryan and I stuck with some of our peeps and we called ourselves the #SherlockSuperSleuths and Allison’s team of sleuths were deemed the #WatsonWannabees.

Once the trash talking ended, we were escorted into our rooms, known as “The Library”, and given the directions. This obviously built the anticipation that we ALL were feeling. So much so, that SOME people in our room, not mentioning any names, were trying to start looking for clues before our staff member, Anitra, was able to go over all of the directions. Luckily, we eventually got started and were on our way to not only beating the 60 minute timer we had to get out of the room, but to ALSO crush our opponents in the other Library. 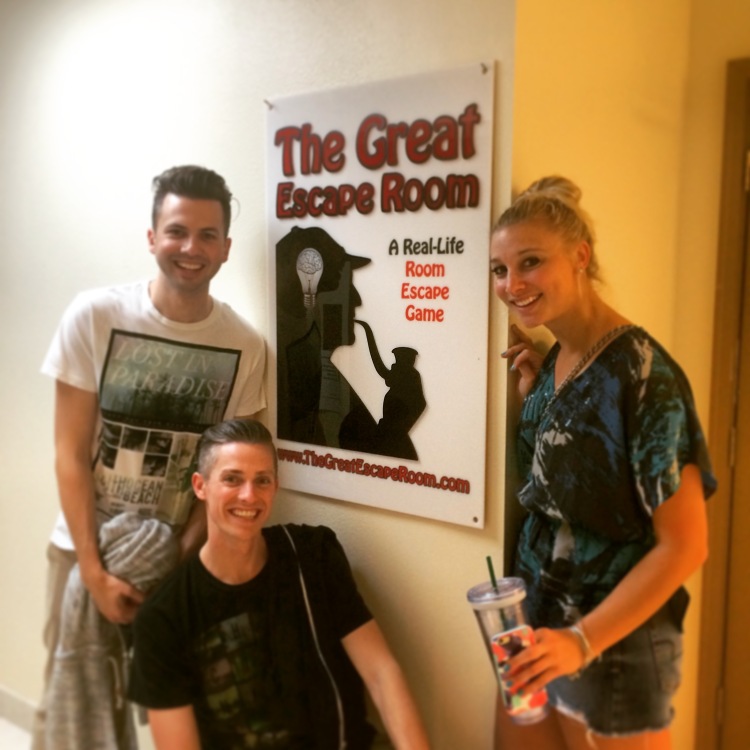 We devised a plan, organized objects and clues as we found them and worked collectively as a team to solve the different puzzles within the room. Some clues and puzzles were easy to find, while others took almost the full 44minutes to figure out. And although it was a timed race and we wanted to beat the clock, we were all having a blast as we worked through the different puzzles.

Not to give away TOO much information about what happens inside the room, you have to really get “creative” when thinking about what could be considered a clue. Also, many objects in the room are used as part of a clue, but there may be a message included that needs decoding or a math equation that needs solving. All in all, we made it out of our room in 44 minutes and change, a new record at the Tampa location! Allison’s team followed right behind us at 48 minutes, all smiles and laughing. 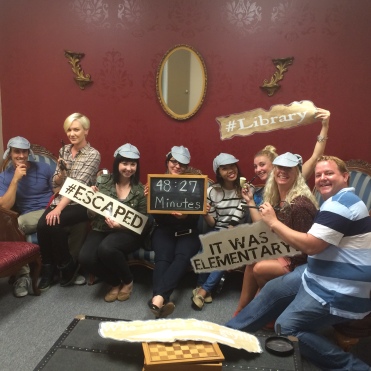 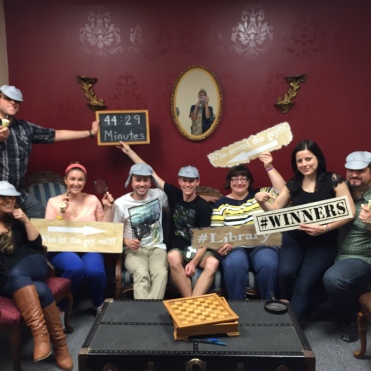 We reconvened in the parlor room where our journey began, had some cookies and water, took some pictures with some GREAT sleuth gear and called it a night at The Great Escape Room Tampa!