It’s the most wonderful time of the year (well almost) and the holidays mean 3 things: family, food and a few too many cocktails. And while I would much rather indulge in the later two than actually prepare the meals, I have my domestic moments from time to time. From a young age I’ve been the boxed brownie queen of the kitchen but as time goes on there are only so many ways to spice them up. However, “spiking” them up never occurred to me until I headed over to Chef Beth’s Cupcakes & Cocktails class at the Epicurean Theatre.

Chef Beth, of Cloud 9 Confections hosted her second class at the theatre on Tuesday night and I have to say, I’m bummed I missed the first one (especially the margarita cupcake) but I was lucky enough to catch this one. This class featured fall themed cupcakes that included Pumpkin Spice, Hard Apple Cider and Bourbon Chocolate Pecan. During the class, she demoed the Bourbon Chocolate Pecan cupcake while we had the pleasure of sipping on some cocktails crafted by one of my favorite Elevage bartenders, Roger. 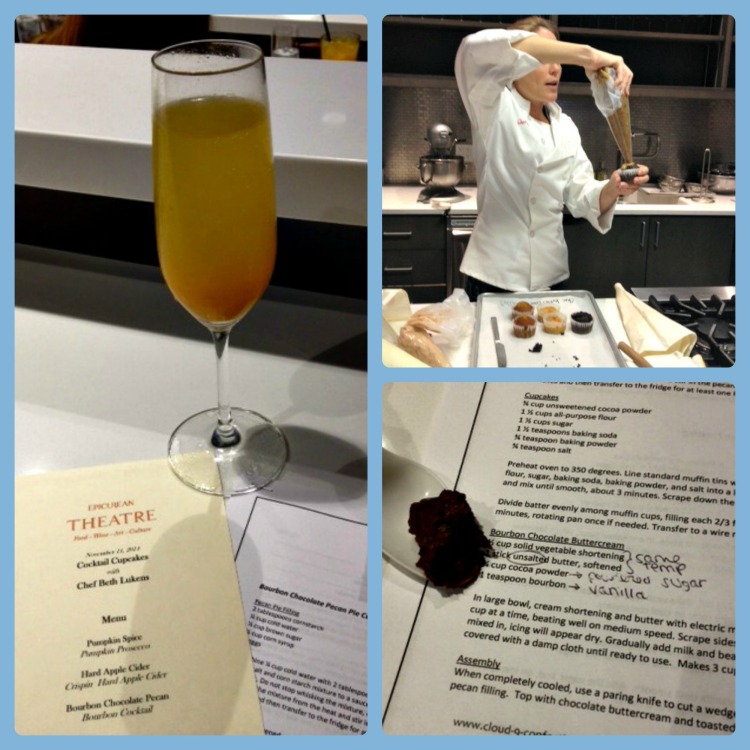 The first was a Pumpkin Prosecco. With Pumpkin Spiced Lattes and Pumpkin Spiced beers popping up all over the place I would expect nothing less than to mix pumpkin with a little Prosecco. And while I can’t really categorize myself a “basic” since I don’t rush right out to Starbucks on the day the PSL is released, this cocktail had me rethinking my “basic” status. We sampled the Chocolate Bourbon Pecan batter and whewww could you taste the bourbon. We were about 45 minutes in and I was beginning to feel my buzz before the second cocktail was in my hand or the first cupcake was on my plate.

Next up, Chef Beth would be mixing up the Bourbon Chocolate Buttercream while we were handed the hard apple cocktail, my favorite cocktail of the night. A mix of gin, lemon juice, Concord juice and Crispin Hard Apple Cider, this may become my new go-to when visiting the Epicurean. A few minutes later, it was time for the hands on portion of the night. We headed to the front of the theatre and took our places at different work stations where we were able to fill, frost and top off the cupcakes to our liking, all while enjoying a bourbon cocktail. 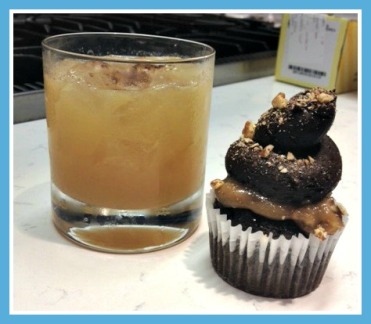 At the end of the night we were lucky enough to go home with a strong buzz and 6 cupcakes in a take home container. The only thing I’m upset about is that I didn’t get to try the homemade bark that I’ve heard so much about (or the toffee, chocolate covered pretzels and cookies) If you’re interested in checking out her next class, it’s December 16th and you can get your tickets now here. 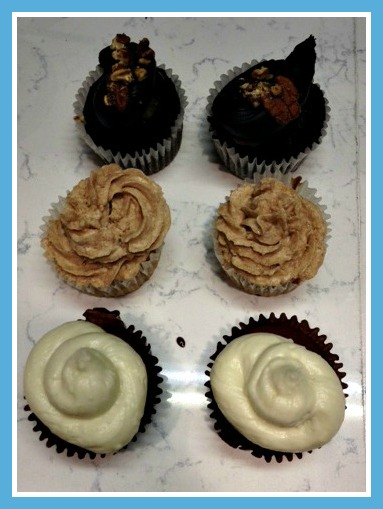