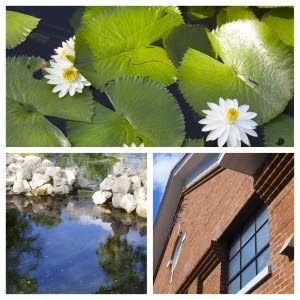 As some of you may have heard, Tampa Heights is in the process of getting a HUGE facelift. Not only will it be home to a soon to be completed park similar to Curtis Hixon, but it also is where the 1903 Waterworks building is and where the home of the native inspired restaurant, Ulele, will be. Ulele (pronounce YOU-LAY-LEE) celebrates and honors the pioneers of Tampa Bay and is filled with endless amounts of Florida history. 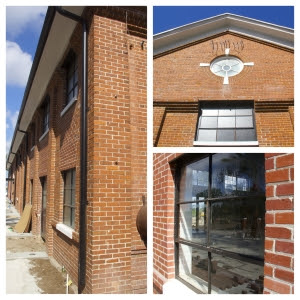 Ulele gets its name from the daughter of a legendary Native American chief whose story is rumored to have been how the story of Pocahontas came to be. This project is a collaboration between the city of Tampa, Richard Gonzmart and the Columbia Group and managing partner and our friend, Keith Sedita. 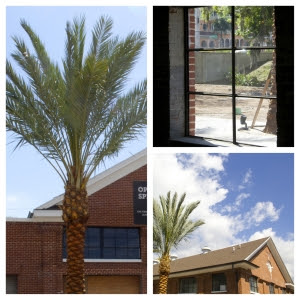 Allison and I recently walked the grounds of the soon to open restaurant with Keith to get a sneak peek at what Ulele will offer patrons. Let me just start by saying after walking the grounds and hearing ALL of the ideas Ulele has under its belt, mind = blown. 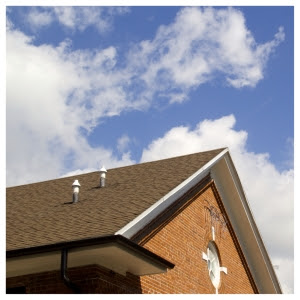 Listening to Keith explain all about his “baby”, Ulele, was like a proud father boasting about their child who just graduated law school. We could hear the passion and love he has for the restaurant and the amount of anecdotes he shared with us, kept us at the edge of our seats the entire time he spoke with us. We learned so much about the history of Florida, Tampa Heights, and Ulele, that we left feeling like we could write a whole book on the topic. Keith even mentioned that he hopes that people can learn a new bit of history each time they come to visit.

One of the most interesting tidbits of info we learned on our tour with Keith was that one of the best parts of Ulele is the fact that the owners made it their goal to utilize as much of the local community as possible. Whether it be the materials used to build the tables from local builder, Built (located on N. Florida Ave.), to the art pieces and sculptures being made to honor Ulele herself and other Native inspired figures, the local community is at the core of Ulele’s being. 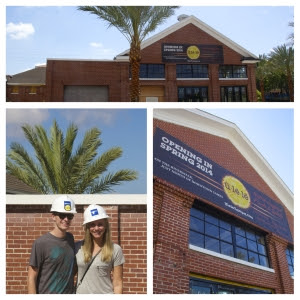 The menu being developed at Ulele is one that will highlight the many delicious flavors of the area. The restaurant and brewery will serve unique foods and spirits by incorporating a variety of Native American and multicultural influences. By combining mulitcultural cooking techniques and locally grown produce, Ulele hopes to build the local community from the inside out. We took a tour of the brewery that is on site and from the looks of it, it is sure to serve up some great new brews. Patrons will be invited to grab a brew and enjoy the beautiful outdoors or sit up on the rooftop lounge to enjoy their cocktail of choice.  In addition, there is a oyster bar inside and seats available to sit around the 10 foot in diameter barbacoa grill. Yes, you read that right, BARBACOA. What is a barbacoa you say? Basically, this giant barbecue will sit in the corner of the dining room with views from all different spots in the restaurant. As a lover of all things grilled, this was one of the most attractive aspects of the Ulele experience (that goes without saying the brewery kept me interested too).

Before we finished our tour, Keith explained to us that keeping with the local flare of Ulele, they are tapping into the Tampa Heights Community Garden to grow their produce. We followed him the 3 minute drive around the corner to check out the Ulele plot in the garden. The fact that the owners have taken THAT much consideration into bringing as much of Florida into the restaurant is a sure thing that they will be around for decades to come! 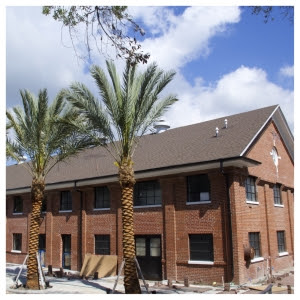 We are SO looking forward to the endless amounts of fun we are going to have down in Tampa Heights. With all of the great things going on at Ulele, we CANNOT wait until it opens! Stay Tuned!

P.S. We made a new friend who helped us out with all of the photos for this tour. Garrett Cox is a fellow UT alum (Go Spartans) and we asked him to come along to take some shots of the grounds. Impressed is an understatement…They came out awesome! Follow him out on Twitter and Instagram!